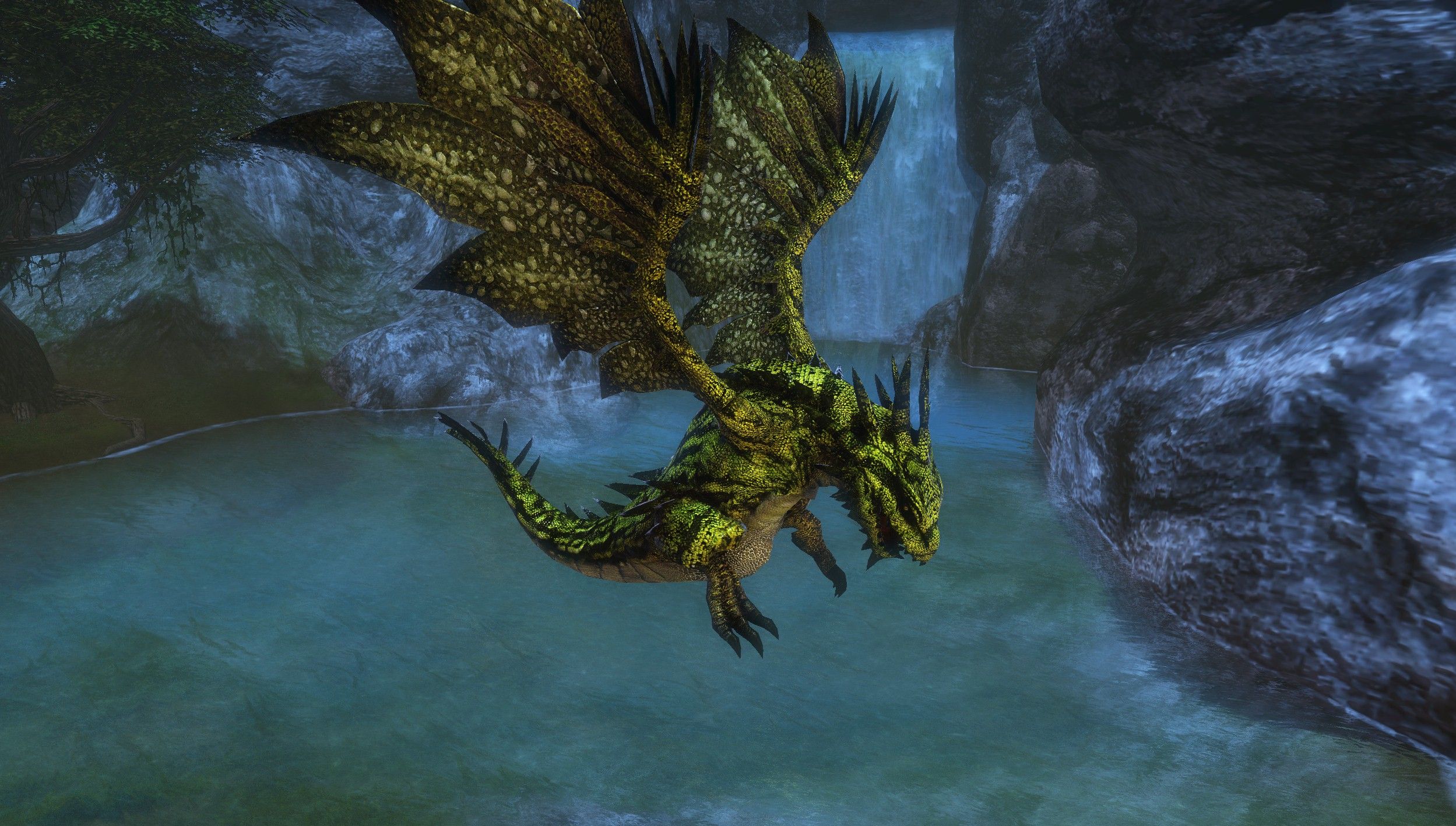 A brutish dragon hailing from the region of Porthis – it relies on the overgrown terrain from its surroundings to provide it worthy cover from both prey and predators alike. Its tough dragon hide protects it from arrows and basic missiles making it ideal for general issue armor. The dragon is particularly difficult to hunt not just because of its ferocity, but its tendency to pick on creatures bigger than itself has resulted in some situations of Primeval Jade biting of off more than it can chew. This behavior is spurred by an impulsive, territorial nature and even mating rituals can lead to two dominant male species fighting each other to the death.

Now seldom seen in the region, it was originally thought they were driven to extinction or forced north of the Black Tower in Sitheran and a lone pair of these dragons were taken into captivity to preserve their lineage.