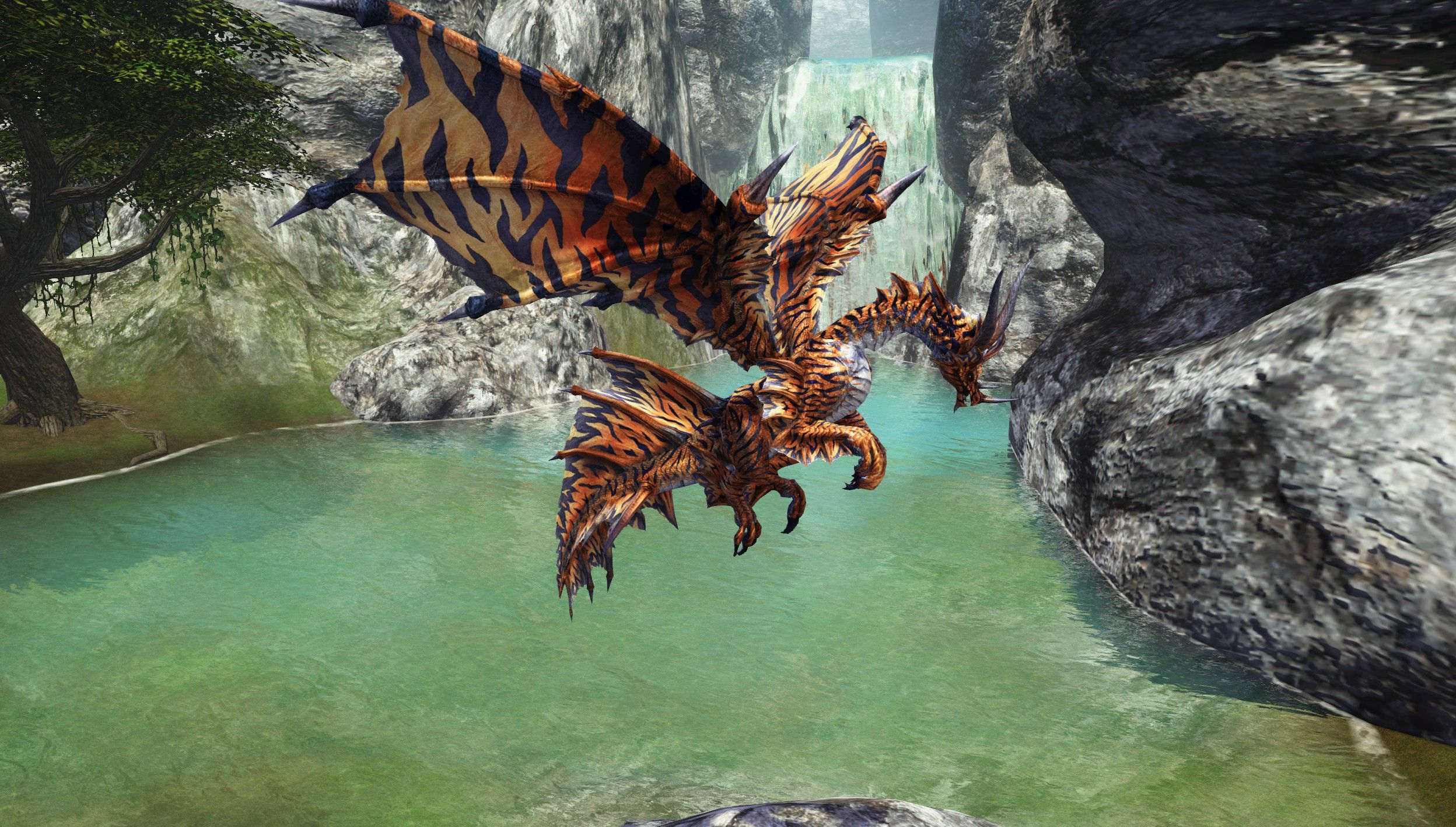 Born in the [zone_kamert_kingdom] region of Alentia, it was theorized that Tiagara was either an ancestor of the Bloodstone Wolfmen or was a dragon cultured by their kind after brutal upbringing. Whatever the case, this unruly dragon is unlikely to bend the knee to even their kind any longer. With a luxurious scaled hide with patterns close to a tiger pelt the nickname it fostered denotes its resemblance to wild beasts.

The searing heat resonating from the flow of magma from Alentia's craters harden their scales and horns to a strength comparable of Obsidian Ore. Despite this, the ever clever residents of the Kalernine Kingdom mastered the art of hunting these creatures, which pushed the Tiagara close to extinction. Dragonslaughter of these creatures was banned across the region, but this scale trade still persisted on the black market becoming more profitable than ever after prohibition. To make matters more dire, the sheer strength of the dragons of the Recursive Nightmare heritage pushed the Tiagara entirely out of the region.

Barely surviving, living specimens of Tiagara were found around regions of lands they were not suited well to and to protect them, the Laedis Academy took them under their wing. This was no easy feat to accomplish however. Despite being nearly wiped out, Tiagara are as ferocious as they appear and crush hard scales beneath their claws. A proper permit was required to provision these dragons under Osirian employ.