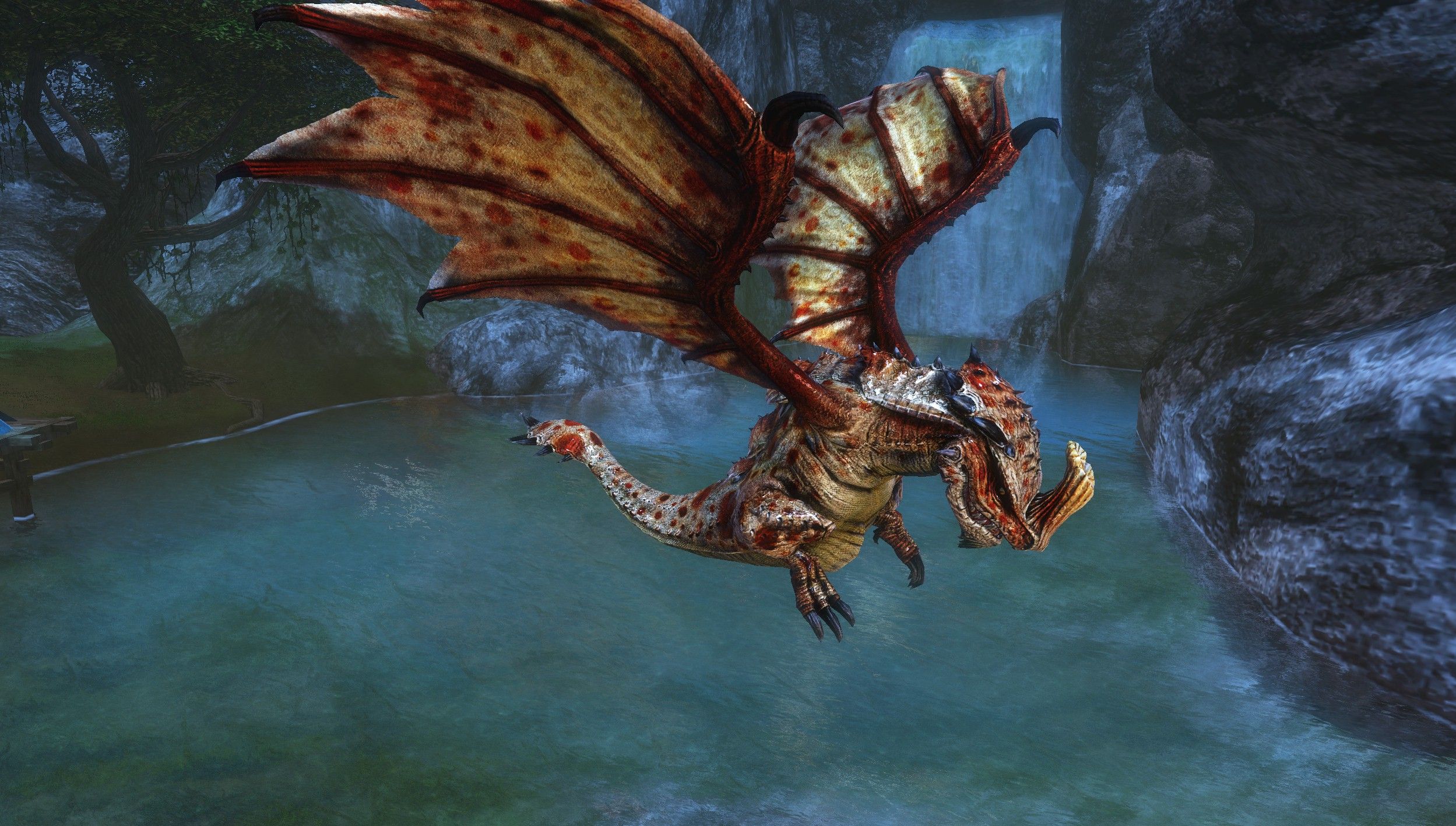 Despite not being a perfect swimmer, Anthias Mirage spends a large amount of time underwater during its hibernation period. It is not very buoyant however, so while under oath of a rider this can never be proven. In possession of gills and a throat full of fire, Anthias Mirage has garnered the nickname “The Ocean’s Volcano” being able to combine the forces of heat and blaze, turning water around it to boiling point.

While some regard its bright colours a trait of it being forced from a volcanic environment, scholars have connected it as a key piece of the evolutionary dragonic spectrum - a current species that has recently adapted to live on the land after living most of its ancestral life in water. The exact point of spawning is connected with the once beautiful coral reefs that were previously abundant in the oceans of Olandra.

Anthias once had a particular affinity for deep undersea geysers, which educated it to master heat. In the present, as a land borne dragon, it can sunder foes with a fountain of melting hot blaze from its maw.