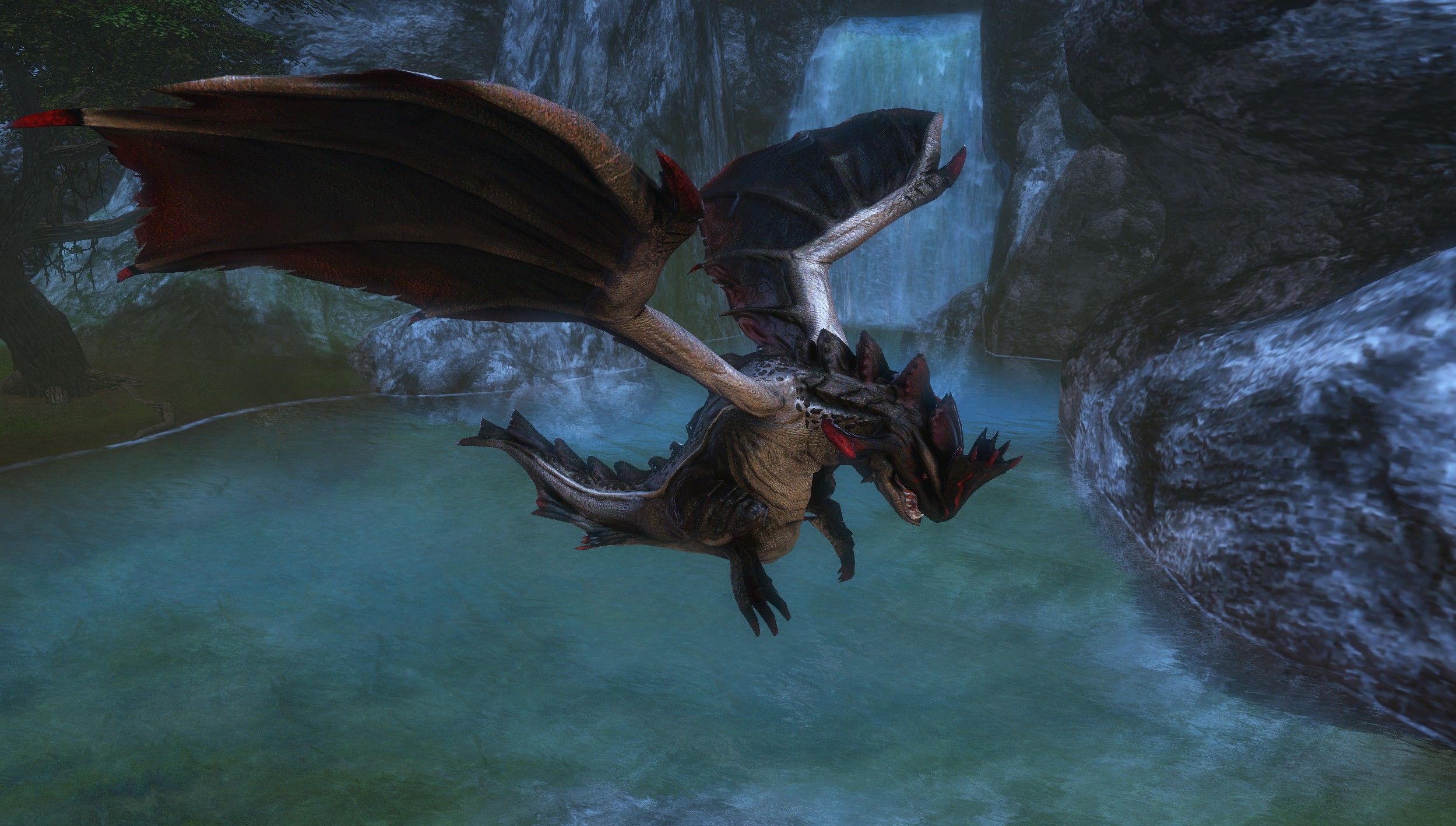 Stygian Wraith is a frightful phantom dragon from the sullied depths of Satuma. It was once thought to be raised and kept by the most rich and corrupt in Lillia Harbour, but when the parties were dispersed by the Nethergloom, they fled far and wide.

These dragons were never trained well - even under lock and key they were particularly violent. It wasn’t rare for one to break free of its rusted bonds and devour its master whole. In the wild, they have become even more unpredictable. They often kill what they don’t even need to eat - whatever is a threat to their territory is suited only to death. Their caverns of rest are often lined with corpses, some fresh, some rotten and some skeletal.

Any person or creature captured in the claws by a Stygian Wraith will have a premature funeral written in their name - any attempts to rescue the scooped up captive will result in the Stygian Wraith prematurely crushing their skull mid-flight - killing the victim instantly.

Cruelty is a large factor in the Stygian Wraith’s philosophy, but this adaptation is due to the untrusting environment it has evolved in. It is mostly solitary and does not actively seek out others of its kind unless in need of a mate. Even with hatchlings, it is not rare for the dragon to devour its own children if necessary to survive.