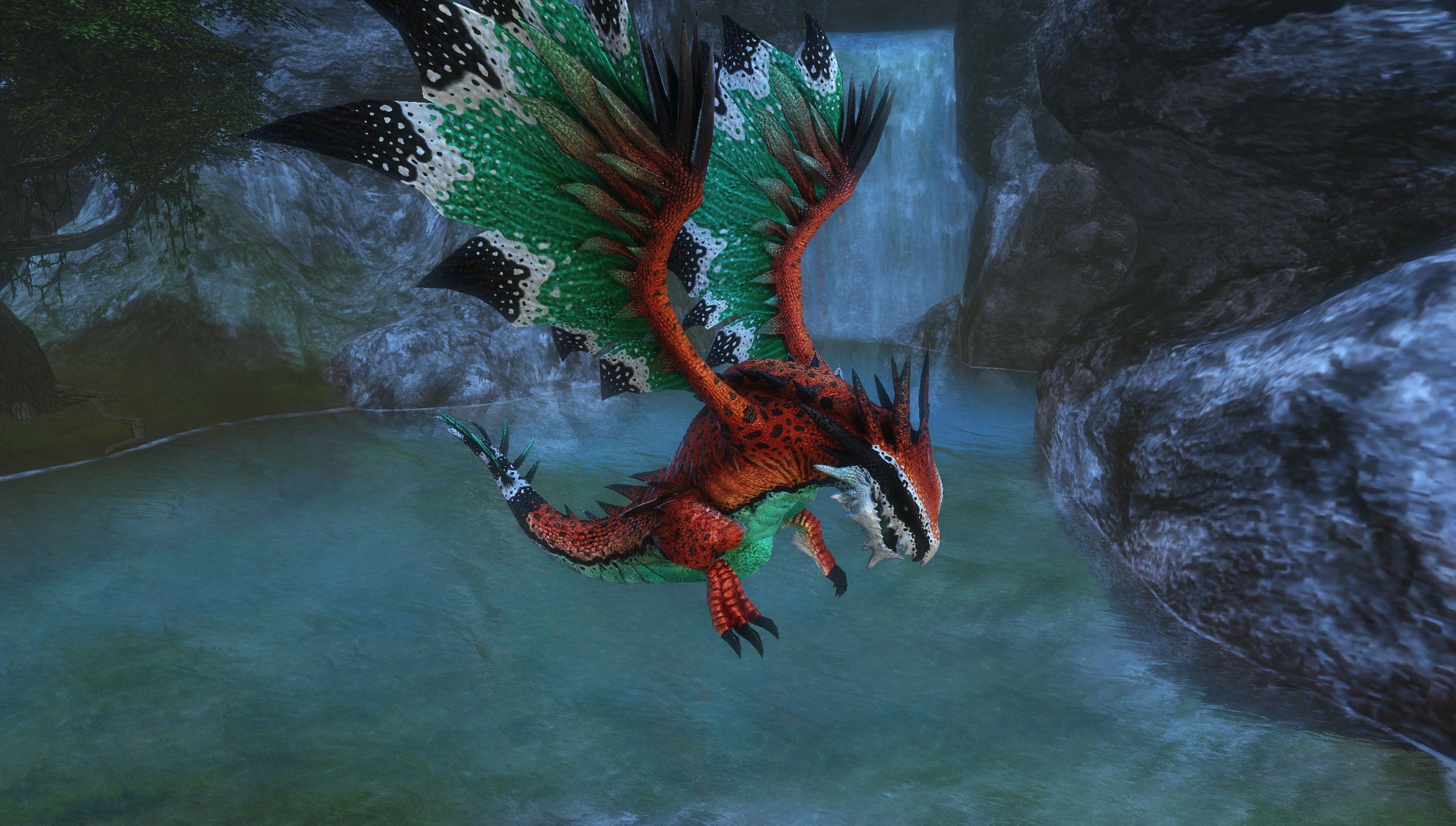 Most dragons adapt their scales to reflect their territory, but a seldom number, including one known as 'Corroside' is a defiant example that stands out from its territory. Their scales drenched in vibrant markings are melded with a venomous oil it secrets through its glands. Its visual confidence serves as a stern warning to predators in the coral depths of Olandra to keep at bay.

Corroside are naturally confident, cunning creatures – born with an ability to spray acid from their jagged maw. A common tact is to spray a pool of acid into a small area of water to seize and kill fish, though they have been seen gulping Khalon Rockback Dragons whole. Corpses of Sailfins have been very rarely seen around the caverns and territories of Corroside dragons – though this could be due to a violent conflict of territory. The species of Corroside were thought to reside closer to the coasts of Olandra but were pushed out by Verdant Fin. They now live on the far islands beyond the Khalon coastline, where they remain kings of their habitat.

This dragon was brought to the Laedis Academy on behalf of the Osirian adventurer, @Jaslyn.